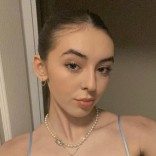 5 Designers That Took The AW20 Fashion Weeks By Storm

Today is International Women’s Day, this day celebrates women’s achievements throughout history all across the globe. In honour we look at the most inspirational women within the fashion and beauty industry – both past and present.

Robyn Rihanna Fenty (AKA Rihanna) is one of the world’s best-selling music artists, having sold over 250 million records and being a 9 time Grammy Award winner. However, 2017 marked the year of Rihanna branching out into the entrepreneurial world with the release of her cosmetics line, Fenty Beauty. The makeup line reportedly made $570 million in 2019 alone. This was followed by lingerie brand, Savage X Fenty in 2018 and luxury clothing line, Fenty in 2019. Rihanna became the first woman to create an original fashion label with French luxury fashion house LVMH. The Barbadian singer has been praised for her work that has challenged diversity and inclusivity barriers within the fashion and beauty industries. Fenty products are made to be universal for all skin tones and body types, with 50 shades of foundation and clothing up to U.S. size 14.

In 1997, Stella McCartney became Creative Director of Paris based fashion brand Chloe – just 2 years after graduating Central Saint Martins College of Art and Design. The designer finally started her own fashion brand in 2001, creating sustainable luxury fashion. With the focus on environmental and social sustainability, from ensuring everyone associated with the brand is treated with respect and dignity with fair wages, to not using leather and protecting endangered forests. McCartney was also appointed to to design Team GB’s clothing in 2012 and 2016. Furthermore, in 2018 she was tasked with designing The Duchess of Sussex, Meghan Markle’s second wedding dress.

Vera Ellen Wang began her career as an editor at Vogue Magazine, straight from graduating college – making her the youngest ever editor of Vogue. Wang also worked for Ralph Lauren following her 17 years at Vogue. At the age of 40, Vera Wang established her fashion brand creating bridal wear. Throughout the years, the New York born designer has made wedding gowns for many of well-known celebrities such as Victoria Beckham, Mariah Carey and Kim Kardashian. As well as bridal wear, Wang has designed costumes for numerous Olympic figure skaters. She made the Forbes list of America’s Richest Self-Made Women 2018, after company made $630 million in that year.

In 2010, Melanie Elturk and her husband created Haute Hijab – fashionable but functional hijabs. Melanie described the lack of professional women who wore hijabs resulting in a lack of female, Muslim role models within the work world. Haute Hijab shows young girls that you can be successful because of your hijab. This company has been a major hit with the Muslim community, with the company making $2.3 million in sales in the last year. Elturk continues to grow her business with hopes to expand her range of products and headscarves – eg. athletic hijabs.

Eileen Fisher founded her brand in 1984 with just $350 startup money, since then her company’s revenue is estimated over $300 million. Eileen Fisher has made significant efforts to make her fashion line sustainable, since 2009, the brand has been recycling old clothes. The Illinois born designer now uses her brand to research and develop new ways to reduce the carbon footprint created by the fashion industry. Fisher has put these into practice within her own brand, shipping products by boat rather than air, using organic materials and recycling fashion waste.

Pat McGrath was labelled as “the most influential makeup artist in the world” by Vogue’s Anna Wintour and following her MBE title given by Queen Elizabeth II, there is no denying she is a great inspiration within the beauty community. Having just completed an art foundation course, McGrath has gone on to create a successful, luxury makeup company – with Pat McGrath Labs brought in more than $60 million in sales in 2018. The British makeup artist has showcased her artistry in countless runway shows and editorial spreads, having created over 60 ready-to-wear beauty looks for couture shows.

Huda Kattan is the Middle East’s biggest beauty influencer and founder of an international beauty empire. Oklahoma born Huda created ‘Huda Beauty’ in 2013 with a range of false eyelashes, after she noticed a gap in the market for her product ideas. In those 7 years, Huda Beauty has gained a net worth of over $600 million, making Huda Kattan 36th in America’s Self-Made Women 2019. The company now sells over 140 products and makes $250 million is sales every year. The beauty entrepreneur claims to never have spent money on advertising due to her large following of over 41 million followers on Instagram.