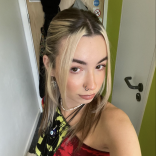 Calling all Bridgerton fans! It’s safe to say Shondaland and Netflix have taken the world by storm following the release of Bridgerton season 2. The scandalous, steamy and scintillating smash hit show has been all the rage these past two weeks and Pat McGrath Labs has decided to push the magic of Bridgerton beyond the screen and straight into our makeup bags ready for the social season!

The global beauty brand has launched an exclusive makeup collection inspired by the regency era we have fallen in love with through our television screens, and has announced the show’s stunning Nicola Coughlan as the muse and face of the season two collection!

“Nicola Coughlan has stolen our hearts as Penelope Featherington…such poetic eyes, sublime skin…she is both the Belle of the Ball and a MAJOR blushing delight!”

The new collection is made up of a queen’s ransom of products including; a new limited edition MTHRSHP eye palette, a blush palette, body shimmer, lipsticks and velvet kohl eyeliner! All the exclusive products are still widely accessible for all different skin tones courtesy of Pat McGrath’s dedication to ensuring her brand is inclusive and available to anyone who wants it, making this collection a must-have for all fans of the show! *adds everything to basket*

Nicola, who captured the hearts of all viewers with her portrayal of Penelope Featherington and – spoiler alert! – Lady Whistledown, described her experience working alongside Pat McGrath Labs for the collection as ‘a dream’. The Irish actress shot to fame for her part in the dark comedy ‘Derry Girls’, but her role in Bridgerton has turned her into the accidental icon we all love and admire today; even Kim Kardashian herself has been an outspoken vocal fan of Nicola Coughlan and her warm personality.

Pat McGrath is celebrating Bridgerton for its “enduring passion for beauty” and so using Nicola – an instant iconic beauty from the hit show – as the face of her most romantic collection yet is sure to leave both makeup gurus and Bridgerton fans eager to become the queen’s most eligible diamond of the season!

So what are you debutantes waiting for? Shop the exclusive collection now on Pat McGrath’s website as well as in selected Selfridges stores, or online! 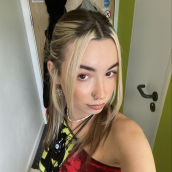 Look No Further than Kiwi & Co. for Your Summer Wardrobe… We’re Obsessed and You Will Be Too!