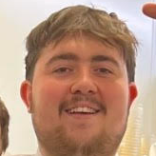 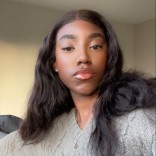 FROW Bro’s, Christmas is almost here and this will be our last roundup of the year. Let’s start off with the bad news: the Three Lions crashed out in the quarter finals, but our players gave it their best shot, making the country proud!🦁 In the end, Argentina took home the gold, with Messi certifying his GOAT status! 🐐

After 3 years, rapper Stormzy returns, releasing his third studio album, ‘This Is What I Mean’, and after listening to it, we’ve deffo got our smile back!😁 On top of this, the controversial release of ‘Harry & Meghan’ dropped on Netflix – head to our Twitter to let us know what you think!

Now, let’s get into the news.

Kylian Mbappè is no stranger to dipping his golden boots into the world of fashion. The PSG star and sunglasses brand Oakley have collaborated to release a new pair that celebrates ‘1998’ – the year of his birth and his nation’s first World Cup win. The signature series Deadbolt is sleek and sharp – much like his skills on the pitch. A limited amount of the sunglasses have been released so you’ll have to be lightning fast to get your hands on them as there are only 1998 pairs up for grabs. ⚽️😎

“Working with Harlem’s Fashion Row and Shanel Campbell brought a new dimension to the collaboration. Shanel infused the collection with her authentic New York creative lens, a true New Yorker living and breathing the heartbeat of this vibrant city. I love to mix it up by getting together with interesting creative minds, combining our DNA to create beautiful and surprising pieces. This collaboration celebrates urban glamour, the resilience and eclecticism of the city’s dynamic community, a tribute to the ultimate New York City staple, Timberland boots.

Streetwear giant Supreme has joined forces with True Religion for a second collaboration, the highly anticipated release includes hoodies, Gore-Tex jackets and aviator hats, sporting the iconic elements of both brands, merging Supreme’s lettering and True Religion’s famous horseshoe logo. The collection celebrates both brands’ important influences on the streetwear community – as Skepta says “it’s in the blood, in the genes, in the stitching”. 🧵

Sportswear brand Champion have collaborated with the iconic Hip-Hop group the Beastie Boys to create a capsule collection, celebrating the 30th anniversary of the group’s acclaimed third studio album ‘Check Your Head’. Released back in 1992, the album is widely considered to be the group’s best. This collection pays homage to the group that majorly influenced Champion’s popularity and cemented the brand as a hallmark of 90’s Hip-Hop culture. The capsule includes 17 different pieces, ranging from t-shirts to sweatshirts, with prices starting from £45.

A Penny For Your Thoughts – Sebago’s New Loafer Release.💭

It’s party season and what better opportunity to show off your shoe game than at your Christmas work-do, or a night out with the boys, bringing in some festive flair. The Sebago’s classic Dan Loafer is a great option – it comes in three different colourways – Green Chive, Garnet/White/Black and Brown Ginger, ideal for styling with jeans, cargos or a suit.  The beauty of loafers is their ability to seamlessly switch between informal and formal outfits, perfect for any occasion. 🕺🏽

New Era has knocked it out the park with their remixed logos for America’s most famous baseball teams; The Chicago White Sox, Los Angeles Dodgers and the New York Yankees. All three teams have received the metallic treatment; tracksuits, tee’s and headwear stitched with metallic silver and gold – snow on rooftops will not be the only thing glistening this winter. 🏟

Rick Owens x Dr Martens Boot The Door Down With Their Second Instalment.

Rick Owens and Dr Martens have come together for the second instalment of their third collaboration to redesign the 1460 and 1914 boots; this dual release fully buys into Owens’ garish and ‘Avant Garde’ approach to design, the 1460 boot is redesigned to include his signature lacing, a trademark now synonymous with modern Rick Owens collections. Your finger will need to be on the pulse if you want either item in the collection, as previous pieces have sold out in minutes.⏰

Brave The Cold With Hawkins And Brimble! ❄️

We don’t know about you, but the weather lately has been a nightmare and can be tough on your skin. Whether you’re playing 5-a-side or trekking to work, you want to make sure it’s protected and Hawkins and Brimble have got you covered. Their products are made from sustainably sourced materials, protecting both your skin and the planet and the skincare range is specialised for the unpredictability of the British weather with products ranging from the Soothing Face Wash, Facial Scrub and Daily Energising Moisturiser – a sure-fire way to face the cold. 🥶

Snow, wind and rain are the hallmarks of British winter weather, and while we can’t change the weather – we ‘Can Change’ how it affects our skin. Jack Black’s ‘Lip Balm Trio’ aims to specifically protect your lips from becoming chapped and cracked – coming in three flavours; Shea Butter & Vit E, Pineapple Mint and Natural Mint & Shea Butter. Perfect for giving your lips a winter refresh.

MOBO Awards –  A celebration of diversity within the Music Industry.

The MOBO Awards returned for the 25th year, held at the OVO arena in London the ceremony included live performances from Nile Rodgers, Kojey Radical and Craig David. The key highlights from the evening include the joint awarding of ‘Album of the Year’ to Knucks for his hit debut album ‘Alpha Place’ and Little Simz for her critically acclaimed album ‘Sometimes I may be Introvert’. Rising star Central Cee continued his rapid acceleration to the summit of British music, receiving two awards, including ‘Best Male Act’ as well as ‘Video of the Year’ for his viral hit ‘DOJA’. 17 years after winning ‘best newcomer’ UK rap legend Kano accepted his award for ‘Best Performance in TV or Film’ for his role in Top Boy, he gave a powerful speech celebrating the different routes creatives can go down – ‘There are no Boxes, no boundaries’ – you are an artist, and that does not stop in one medium’. Kano’s valuable message was one of the major highlights of the event.

Metro Boomin’s New Album Crept Up On Us🎶

Two years after his last release ‘Savage Mode’, producer Metro Boomin has returned with ‘Heroes and Villains’ a new project with an ensemble cast of Hip-Hop stars – the album features The Weeknd, Travis Scott, Don Toliver, and Young Thug. The release is causing a massive stir in the community, with many considering it to be a late contender for ‘Album of the Year’. This early Christmas present has got us ‘Feeling the Fiyaaaah’.🔥 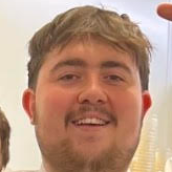 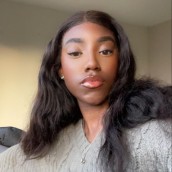 Burna Boy Links Up With Burberry, War Paint For Men Lands In Superdrug, And England’s World Cup Squad Is Revealed🏆