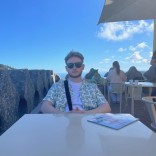 In honour of Remembrance Sunday yesterday, as a nation we pay our respects to the service and sacrifice of all those who have fought for our country and defended our freedom. Lest we forget🌹

Hello FROW Men, what a whirlwind week it’s been with everyone scrambling to get tickets to Peter Kay’s first UK tour in 12 years, Kendrick Lamar tearing up the UK with his latest tour and the MTV EMA Awards last night! Now, let’s get down to business, this week we’ve got ASAP Rocky’s collaboration with a hit video game, Burberry’s Christmas campaign and War Paint for Men lands in Superdrug.

Festivities have begun at Burberry, with the luxury British Brand unveiling Nigerian singer-songwriter Burna Boy as the face of their new ‘The Night Before’ campaign, which was shot and directed by photographer, Torso.

The campaign takes a fantastical approach to the holiday season with a short one-minute film, featuring Burna Boy walking through soft snowfall in a Quilted Nova Check Jacket, attached with black angel wings – and accompanied by a Santa-like sack printed with Burberry’s signature print bursting with presents. Check out the short film here!

Canadian outerwear label Moose Knuckles has once again teamed up with American fashion brand Eckhaus Latta for their second collection. Following on from the success of their creative partnership that debuted earlier this year, Eckhaus Latta’s designs are combined perfectly with Moose Knuckles’ skilful craftsmanship and execution. Standout iconic outerwear silhouettes, such as the bestselling Bunny hoodie and Icon jacket, have been reimagined through the Eckhaus Latta contemporary lens.

Mike Eckhaus and Zoe Latta, founders of Eckhaus Latta, said: “For our first collaboration with Moose Knuckles, we really enjoyed experimenting creatively in the realm of technical performance. Our second collaboration distorts and reimagines outerwear and separates— this time to protect you from inclement weather, whether in the city or away.”

With prices starting from £575, the 12-piece collection is available to shop now.

Lee® has teamed up with Black-owned prep wear brand, The Brooklyn Circus, to create a capsule collection showcasing craftsmanship and telling stories through style. Boasting a line-up for both men and women, the capsule highlights pants, tops, Union-Alls, overalls and jackets – with the spotlight placed upon the classic heritage Cowboy Jacket, The Brooklyn Circus staple Unisex Varsity Jacket, Cowboy Jeans and the Whizit Bib Overall.

“Power to the people. We aim to tell the story of our community through meaningful partnerships like this one with Lee,” says Founder and Creative Director, Ouigi Theodore. “The Brooklyn Circus finds inspiration in the pages of history, so collaborating with a heritage brand like Lee to highlight the history of the Black working west made perfect sense.”

Belgium fashion designer and renowned member of the Antwerp Six, the rule-breaking designers who graduated from Antwerp’s Royal Academy of Fine Arts in the 80s, Dries Van Noten has collaborated with iconic streetwear brand, Stüssy. The partnership combines Stüssy’s signature laidback approach with Van Noten’s electric use of print and pattern to create co-branded tie-dye t-shirts, sweatpants, sweatshirts and a rhinestone smoking blazer to highlight just a few. If all of that wasn’t enough for you, the campaign, shot by photographer and filmmaker Tyrone Lebon, features founding member and bassist of the Red Hot Chilli Peppers, Flea.

The Stüssy and Dries Van Noten collaboration will be available worldwide online and in select Stüssy and Van Noten stores on Friday, November 18th.

Dropping their bold, durable and cosy new season’s collection, Carhartt takes us on a journey through the mountains and countryside of Southern England, captured by rising London-based photography duo Lola & Pani. This season, the apparel brand sees durability as a top priority as they, once again, deliver a range that will keep you warm through the unpredictable weather. The collection highlights fuzzy fleece vests enhanced by rugged camouflage, jacquard knits sporting a duck graphic and Carhartt’s classic Active Cold Jacket.

The collection is now available via the brand’s website, Carhartt stores, and select retailers globally.

Just in time for the gifting season, leading British lifestyle brand Ted Baker has launched two new timepieces which embody the brand’s fresh new take on their iconic watch styles. This collection is the first to incorporate the magnolia motif which represents perseverance, strength, and beauty in nature.

Global Creative Director of Ted Baker, Anthony Cuthbertson said, “The magnolia motif was lifted directly from the Ted Baker archive and stretches back to a constant deep-rooted association with floral designs from our inception in 1988. The Ted Baker DNA summed up in one simple icon.”

The two new watches can be found online at Ted Baker, Very and Watch Shop, with prices ranging from £140-£180.

With the 2022 World Cup fast approaching, whether you’re supporting England, backing an underdog or just want a new footy shirt for your collection, you’re probably wondering where’s best to source the new gear. For the first time, ASOS will be stocking Nike, Adidas and Puma kits and training wear for the World Cup. With prices ranging from £34.95 to £74.95, the whole range is available online now.

Stop What You’re Doing, War Paint For Men Is Coming To Superdrug 🧴

Men’s skincare and make-up brand, War Paint For Men, has announced it is coming to our high street with its launch online and across 350 Superdrug stores. Founded by Danny Gray, who has also been successful on Dragons’ Den and won an entrepreneurial award for ‘disrupting the beauty industry’; Superdrug marks the only retailer, apart from the brand’s flagship Carnaby Street store, stocking their three main skincare products – Night Serum, Eye Cream and Moisturiser – ranging from £22-£26.

As the exclusive high street retailer for War Paint products, Megan Potter who is the Superdrug Trading Director, said: “We’re proud to be an inclusive and accessible retailer and we are happy to announce the launch of War Paint into selected stores and online. As a brand, we always work to ensure our customers’ needs are met and we have seen a growing demand for men’s cosmetics and grooming products. We are sure War Paint will be a huge hit with our customers.”

I Got The Need, The Need For More Collabs Like This 🏎⛽️

Following the in-game replica of Need for Speed Unbound earlier last month, images of A$AP Rocky’s real-life custom Mercedes-Benz 190E have now been showcased online. A$AP’s company AWGE was hired as a creative consultant by the game, with Unbound allowing players to compete with Rocky in-game for the chance to beat him in a race and win the car.

The whip features all-over signature branding from AWGE and the slogans “Always $trive and Prosper” and “If Not Now Then When” printed on the driver and passenger doors. Additional details include X-taped headlights, a metallic gold grille, TESTING warning motifs on the antennae, an extended front splitter with green underglow lights, and deep-dish BBS rear wheels.

Take a closer look at the trailer reveal here featuring A$AP himself. Will you be taking him on?

With the 2022 World Cup right around the corner, all qualified nations have announced the squads they will be bringing to Qatar. All eyes were on Gareth Southgate last Thursday, seeing what England players would be on the plane and who would ultimately be missing out. Fans got their wish with Leicester’s in-form James Maddison being called up to the squad, however many were disappointed with Fikayo Tomori’s omission. The announcement was posted on England’s official Twitter account with a creative animated video to match. Check out the announcement video below.

What do you make of England’s chances throughout the tournament? Let us know on our socials @frowmen_  💬 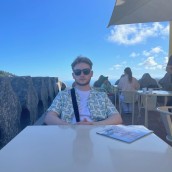